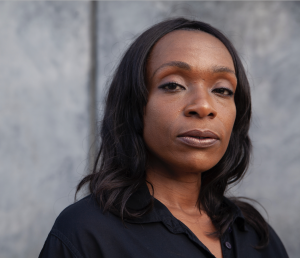 Poet, Hip-Hop artist, and Educator J. Malaika “Eagle Nebula” Beckford is known for her high energy, optimism and passion for craft. Her debut album “Cosmic Headphones” released in 2008 is an underground afrofuturist rap cult classic. In 2009 she made history as the first female emcee to perform on the main stage of the Brooklyn Hip Hop festival. Former co-host of the Anansi Writer’s workshop at the World Stage in Leimert Park, her debut collection of poetry, “The Funky Tube to Nubia” was released in 2015 on World Stage Press. She created “The Inglewood Poetry Project”, a work of public art dedicated to her hometown of Inglewood, California that consisted of community workshops, an anthology and a limited-edition vinyl record of field recorded poetry and rap songs. In her decade plus of teaching, she has worked with thousands of students and dozens of educators to bring the magic of hip-hop and spoken word to the classroom.