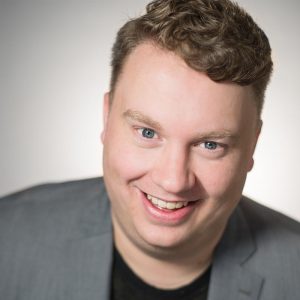 Brian Cowing absolutely loves being a part of Whoopensocker! He is a director, choreographer, actor, and teaching artist from Middleton, Wisc. His directing and choreography work has been seen with Skylight Music Theatre, Children’s Theater of Madison (CTM), Four Seasons Theatre, Capital City Theatre, Music Theatre of Madison, Clinton Showboat, Binghamton University, and Oklahoma City University. He has taught for CTM’s Summer Stage Program, OCU’s Summer Music Program, Kristin Chenoweth’s Broadway Bootcamp, Tianjin Conservatory of Music, as well as Whoopensocker! As an actor, he appeared on the national tours of “Annie” and “Something Rotten.” Cowing is a proud graduate of Oklahoma City University’s Music Theatre Program.