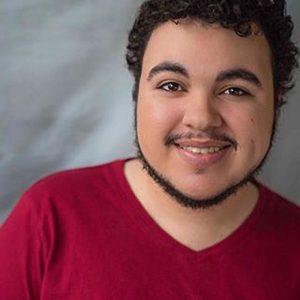 Desmond Hawkins is happy to be in his third year of teaching and performing with Whoopensocker after attending UW–Stevens Point for acting. In addition to the work he did at Stevens Point, Hawkins has trained in voice, improv, corporeal mime, and theatrical clown, as well as emergency medical training which can definitely come in handy backstage. He has previously worked with numerous companies doing theater, film, improv, music, writing, teaching, and voiceovers, and is enjoying his career in the Madison performing arts scene. Hawkins would like to thank all the hard-working staff and students who make Whoopensocker possible!